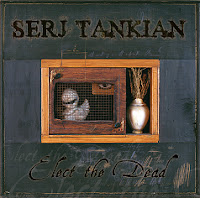 Wikipedia: Album|Artist
Posted by Denis Kozlov at 11:46 AM

Email ThisBlogThis!Share to TwitterShare to FacebookShare to Pinterest
Labels: Serj Tankian, System of a Down