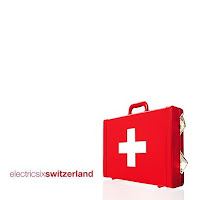 Wikipedia: Album|Artist
Posted by Denis Kozlov at 2:58 PM No comments: 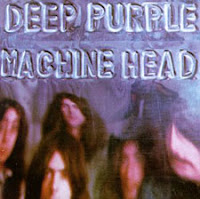 Posted by Denis Kozlov at 5:10 PM No comments: 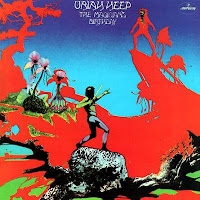 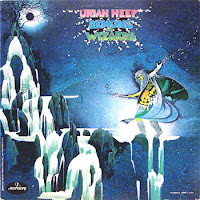 These two are one. You can tell it just by looking at the magnificent cover artworks painted by Roger Dean (also famous for his Yes and Asia covers). Then you check the release dates - only six months between two greatest albums Uriah Heep have ever put together. They were pushed hard, but they managed with honor - the newly formed lineup of unearthly gifted musicians which will forever stay the golden one, and which was not going to last long. In few years Thain would join the 27 club; the bottle would take over Garrick; star sickness over Hensley; even Kerslake would try his luck with Ozzy; and Box would be desperately searching for powers to save the ship, of which only the flag remains above the waterline. But all that was only going to happen later, right now they are in 1972, in the very middle of progressive rock blossoming over the United Kingdom and the rest of the Known Universe.

And then you hear them... One after another, one as the continuation of another. Albums. And musicians. Opening with a delicate acoustic fingerstyle of The Wizard it immediately starts building up melodies in layers, twisting and overlapping within each song, still never obscuring the melody itself - clear and fluent. Faster and heavier with Traveller In Time and its a little bit surrealistic bridge in the end to the eternal action hit Easy Livin'. Poet's Justice takes off the tension a bit, leading us to the ending of the original side A - Circle Of Hands, which actually took me a while to appreciate. Nevertheless this ballad is exactly when Byron's voice makes me shiver and Thain reminds that bass guitar is an instrument indeed.

Moving on to side B, Rainbow Demon probably did more for my artistic career than quarter of art instruction books I've ever read. I still ultimately adore the character, the image painted so thick, vividly and subtle at the same time with Ken's pen and David's voice. Measured and powerful - just stepped out of Warhammer universe – he...

Guess that was enough bullshit for you to realize Uriah Heep are my favorite band. Thus it would be fair to deprive you of suffering further lines and discover the rest on your free will.

Posted by Denis Kozlov at 9:16 PM No comments:

So here goes THE LIST, which is the essence of this so-called website. It will be going through constant changes and adjustments, but at least from now on it is published. With time and despite laziness I'll be trying to share my notes, reasons and impressions for each album included. Let me know if you'd happen to find some use in it.

Queen – A Night at the Opera
Queen – Made in Heaven

Posted by Denis Kozlov at 11:08 PM No comments:

I have a good reason to start a blog - Greed - strong desire to increase the income as effortlessly as it might seem. And for sure I know it won't work out. So what? Looks like I have something to say anyway.

Rock is dead. Nothing to listen to. No light in the end of the tunnel. All good records were issued in the previous century and are known by heart by now. Some of those guys are still alive, though just pretend to be kicking. Young punks... I cannot tell the difference between them. And the saddest thing is that's mostly true.

The problem is I'm not a teenager anymore (big issue, I know - still working on it). Which means I don't need music to show off, stand from the crowd or declare my unique and perfectly subtle taste. But I still need it as a drug, and these days mostly as a drug. I don't care that much how do they look, what do they play or where are they from anymore, I just need them to get me high. And I like rock. And rock is dead.

All my statements are completely subjective, usually intentionally unproved, hopefully provocative and most likely wrong. I know nothing about music, I just get my kicks from some of it. Neither I know anything about those musicians. But still there is my rock'n'roll. My stories. Don't take a word seriously - try to enjoy instead.

And instead of trying to review records (the World can survive without extra flow of expressed disappointment) I'd rather try to recommend - to write only about albums which I consider one of a kind - and to explain why.

I would have given a lot for a person who would name me the albums I will like. So if somehow my taste would seem close enough to yours - there is a chance you might find the crap I'm going to post useful and get some fun out of it. There might be even a slight decrease in the universal entropy - who knows.

Posted by Denis Kozlov at 11:34 PM No comments: